At some point in the history of a commons perhaps not at the beginning, sanctions are important to a robust peer governance process. More specifically: "graduated Sanctions". They refer to a set of measures determined by the commoners involved, which express a "quasi-voluntary compliance" (Levi 1988) to the commonly established rules. And here is why they are important:

A real threat to the continuance of quasi-voluntary compliance can occur, however, if [...] individuals (who) break the rules repeatedly. If this occurs, one can expect the appropriator-monitor to escalate the imposed sanctions in an effort to halt future rule breaking by such offenders and any others who might start to follow suit. (Ostrom 1990:98)

In Governing the Commons, Elinor Ostrom (1990: 94-100) explains this 5th of the eight design principles for commons institutions. It can only be properly understood and applied in the context of and in interaction with the other principles.

Appropriators who violate operational rules are likely to be assessed graduated sanctions (depending on the seriousness and context of the offence) by other appropriators, by officials accountable to these appropriators, or by both.

# Formal Sanctions in the Commons- A Puzzle 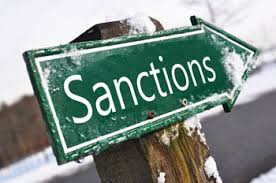 On the one hand, formal sanctions seem to be helpful. On the other hand, their deterrence effect is used only to a small extent. (Autto 2011)

It is clear, that cooperation may very well occur without the deferrence effect of sanctions. However, in many commons a potential for deterrence is created, but, according to Autto, it remains unused to a large extend. The reason is, that commons are complex social structures and complex adaptive systems. Thus, positive and negative feedback loops (wiki

) between sanctions, other institutional arrangements and the general motivation for collective action do their job.

Harsh sanctioning regimes are rarely encountered. In fact, when it comes to monitoring and sanctioning, Ostrom reports "surprising findings" in field research, which challenge theoretical assumptions of Institutional Economics wiki

# Features of Sanctions in Commons 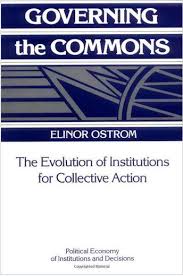 As any social action, rule-conform behavior within a commons is condionnned. It is based on two conditions: 1. People need to have a sense, that there will be a successful outcome. 2. People need to see that others cooperate, behave conforming to the rules too.

If not, "tit-for-tat", a form of direct reciprocity might be the consequence. And they might change the game. As H. Autto explains findings of Prisonner Dilemma games when repeated again and again: "‘tit-for-tatter’ gives the other player the benefit of the doubt by cooperating in the first round and imitating the other player’s earlier move in the subsequent rounds".

# Sanctions in the Commons

Ostrom links the principle to Margaret Levi's notion of "quasi-voluntary compliance" developed in the context of taxation. According to Levi (1988):

# Features Sanctions in the commons: - depend on the seriousness and context of defense, but are also useful in a context of high rule conformity - need to be first and foremost plausible & credible - come along with relatively low monitoring costs -> monitoring as side effect of daily activities. People are there, on the field, are waiting for their turn of irrigation etc. While doing so, they are just noticing what's going on -> no specific devices or mecanisms are needed. - are effective BECAUSE they have been self-determined -> in that sense it is different from external cohercion - provide up-to-date information, as they are tied to monitoring, which is very useful for other peer-governance functions because, remember, the information available is never complete. Up to date information is needed for further decision-making and the adaption of rules. - have in reality a meta-function, which is not deterrence or punishment, but the co-construction of working principles of cooperation within the commons

And most surprisingly for the Rational Choice Theory mindset: - initial sanctions are "surprisingly low" -> Sanctions in the commons should be graduated.

# Why are sanctions graduated?

The appropriator-monitor may want to impose only a modest sanction [...]. A small penalty may be sufficient to the infractor of the importance of compliance. The [[...] monitor might be in a similar situation in the future and would want some understanding at that time. (Ostrom 1990:97)

The shortest answer would be: Because we are human beings. We are sometimes indulgent, other times not. We would not like to be tattletalers if this is threatening to another person's existence. We might fear social consequences or simply think that "others should bother", perhaps state powers. In short: enforcing sever sanctions in a peer-governance system lessens the motivation to peer govern as such.

But there are some logical arguments as well.

- More formal deterrence doesn't necessarily lead to more compliance. It can also lead to less passive and active peer monitoring. -> One can more often "look the other way", peer regulatory interest might decrease. (This can be different, when there is a spill-over effect, that is: if one is sanctioned, others are hurt as well as it happens in collective sanctions). - Sanctions need to be applied to be credible. But severer sanctions lead to an expansion of available enforcement devices/mecanisms or bureaucracy. Does a group of commoners really want this? - A harsh sanctioning practice does not only change the infractor but also that of the peer monitor, i.e it changes the commoner's spirit. (cf. George Tsebelis' work) - High formal sanctions may lead to less "voluntary self-compliance", and actually this self-compliance is only threatened in the case of repeated rule-violation. - When the increase in formal sanctions leads to a loss in conformism, more and more severe sanctions seem to be needed. This creates a vicious cicle and therefore, doesn't make sense.

And there is another range of arguments Ostrom points the reader towards. She quotes Mc Kean's work and his account about rampant rule violation in the Japanese village of Yamanaka, in the context of the great depression in 1920. Infraction 9n the commons in the context of collective disaster:

Almost all the villagers knew that almost all the other villagers were breaking the rules: sneaking around the commons at night, cutting trees that were larger than the allowed size, even using wood-cutting tools that were not permitted. his is precisely the behavior that could get a tragedy of the commons started, but it did not happen in Yamanaka. Instead of regarding the general breakdown of rules as an opportunity to become full-time free riders and cast caution to the winds, the violators themselves tried to exercise self-discipline out of deference to the to the preservation of the commons, and stole from the commons only out of desperation. Inspectors or other witnesses who saw violations maintained silence out of sympathy for the violators' desperation and out of confidence that the problem was temporary and could not really hurt the commons' (McKean, 1986: 566).

- monetary incentives & sanctions need to be reconsidered whenever intrinsic motivation is important, cf: Frey, Bruno S. and Oberholzer-Gee, Felix and Eichenberger, Reiner, The Old Lady Visits Your Backyard: A Tale of Morals and Markets. JOURNAL OF POLITICAL ECONOMY, Vol. 104, No. 6, December 1996. pdf 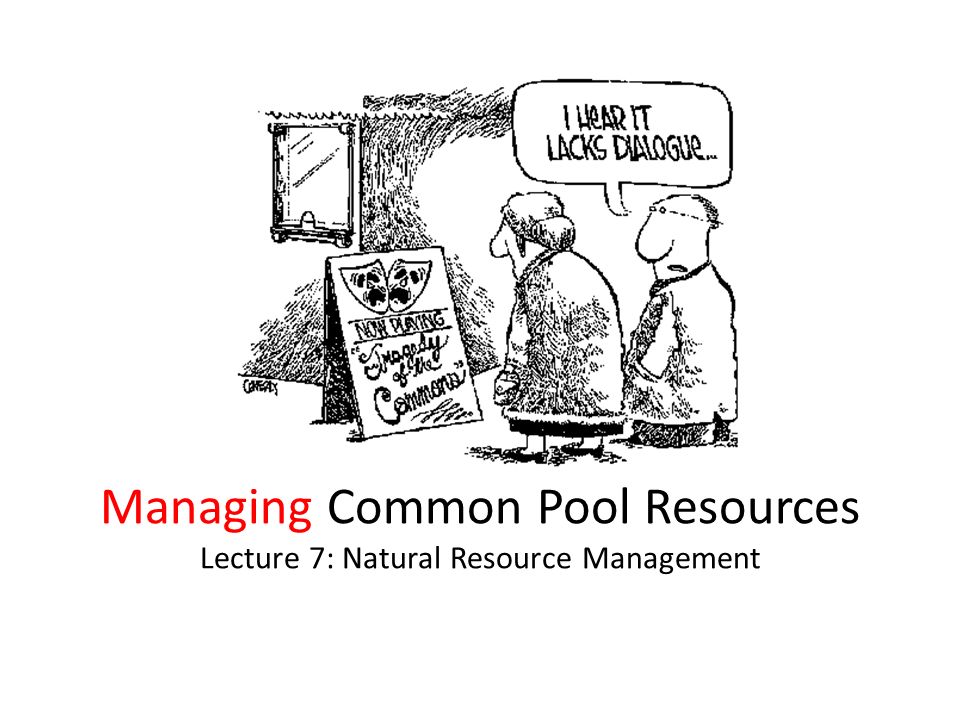 # Examples in 'Governing the Commons'

Formal sanctions in CPRs: why so often, but so low [

H. Autto (2011): Formal sanctions in CPRs: why so often, but so low, working paper for IASC Conference, Plovdiv pdf